it was a dark and stormy night … there was a knock at the door … no, more of a scraping sound. the scraping of nails … or … fangs on the wood. it could only be one thing … the vrykolakas! come to dole out righteous retribution to its incestuous descendants…. eeek! [pg. 545]:

“The ‘return’ of the blood to the kindred, the ominous reversing of this right-handed spiral movement of the blood, has close parallels in the fatal return of the vampire to its own kin, although I only once heard such a connection between these two ideas being consciously made by villagers. Its occasion was, however, significant; for it arose in a discussion by two women of a marriage between second cousins which had taken place in the village some years before. The women were agreeing that for a marriage to be propitious the participants had to go to ‘strange blood’ (xeno aima) — a statment which is frequently heard and which is the mirror image of the doctrine … that, in cases of the union of similar blood, ‘the blood returns’, bringing catastrophe. In this context the comment then uttered takes on a startling significance, for, said as an aside and half under the breath, it took the form of a well-known proverb: ‘The vampire hunts its own kindred’ (vrykolakas to soi kynigaei). The image of the vampire returning from the grave to hunt its own kin sprang intuitively to mind in the context of blood which in second cousin marriage returns to destroy its originators.”

greeks don’t marry their first-cousins because the practice is not permitted by the greek orthodox church. they also, though, don’t marry their second-cousins by custom (except occasionally, like in the story above, for instance). i wondered before how the traditions of different people — like the ethiopian amhara (and ethiopian jews) — work to stop whatever incestuous practices a people consider to be wrong without the overt power of an authority like a church or civil laws against incestuous marriage. scary, supersitious beliefs like the one above might certainly work in many places. bad luck, bad karma, vampires — frightening stuff!

(note: comments do not require an email. happy halloween!) 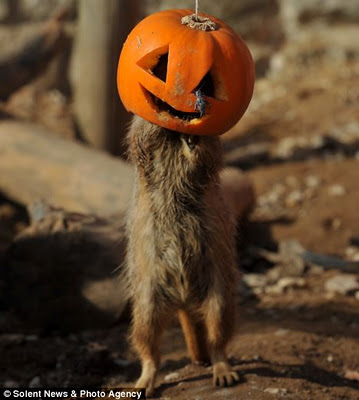 here’s some really good, but technical, stuff (i’ve spared us all the formulae**) from “Inbreeding and the evolution of social behavior” by richard michod. the essay can be found in “The Natural History of Inbreeding and Outbreeding.”

“Social evolution is interpreted here in a narrow but important sense as the evolution of behaviors that benefit the group but are costly to the individuals that perform them. The term altruism has been applied to such behaviors. However, it should be realized that most of the theory to be discussed applies to the evolution of intraspecific interactions generally. In other words, the effects of the behavior under study, on the fitnesses of both the donor and the recipient, can take any sign.“

i mentioned this in my recap post of a couple of months ago. inbreeding and outbreeding (should) not only affect altruism, but all sorts of social behaviors. i’m also particularly interested in how mating patterns affect the social control of reproduction in human societies (think: burkas), but that’s just me.
_____

“Kin selection can be viewed, and explicitly modeled, as a selection process involving within-family and between-family selection….

this makes intuitive sense — at least it does to me. if you only had one human family on the planet — mom, pop, sis and junior — they would only be in competition with each other for successfully reproducing their genes. however, throw the jones family in next door, and our first family, who are all more related to each other than they are to the joneses, are now all in competition with the joneses. thus, altruism genes are more likely to spread within our first family when they have some competition from outside.
_____

“Breden and Wade pointed out that inbreeding eventually fixes the population for two family types resulting from matings between like homozygotes (AA x AA, aa x aa). Matings between like homozygotes result in families that have no genetic variation in them. Consequently, they concluded that inbreeding generally decreases the average within-family variance. The two types of families produced by matings between like homozygotes are also maximally different from each other in frequency of the altruistic allele and in average fitness. Consequently, inbreeding increases the between-family variance. Both these factors, that is, the decrease of within-family selection and the increase of between-family selection, have the effect of making the evolution of altruism easier. This effect was also emphasized by Boorman and Levitt (1980: 350). They concluded that ‘…a high degree of inbreeding may be expected to favor sib altruism over the random mating case….’

but note that it’s “sib altruism” we’re talking about here, not a broad, all-encompassing altruism towards all of mankind. inbreeding leads to insular altruistic sentiments.
_____

“…there is a direct relationship between the inbreeding process and the foundation of the groups within which social interactions take place (families). Family groups are a direct product of a single mating. To the extent that matings are between relatives, the resulting offspring arrays can be expected to be less variable. However, this direct relationship between inbreeding and the foundation of groups in family-structured population is absent in group selection in hierarchically structured populations….

*definition of a hierarchically structured population: “A population is hierarchical, if it can be divided into a certain amount of subpopulations in such a way that the set may naturally break into classes (levels).”*

“In hierarchically structured populations, interactions take place within groups (subpopulations) that include many families. The subpopulation in a hierarchically structured species is more analogous to the total population of a family-structured population, in which the total variance does increase with inbreeding. By studying inbreeding models of multifamily groups (Wade and Breden 1987), the apparent difference between kin selection and group selection concerning the prospects of altruism within groups should be resolved. The beneficial effect of inbreeding on the prospects of altruism due to individual selection should decrease as more and more families contribute to a group, so long as the offspring of families within the same group interact at random.“

translation (i think): in a society which is not based upon families (a society unlike the arab world, iow), if people mate more-or-less randomly within their sub-population (say, the middle class), then there will be less “sib altruism” within that sub-population and more “broad but shallow regional blood ties” as steve sailer described it.

(note: comments do not require an email. huddle!)

“Genealogical website helps couples avoid incest, and of course, to see if Bjork is a cousin.

“The television commercial for a local mobile phone company here wouldn’t work in many places outside Iceland.

“It portrays a curly-haired couple who just woke up next to each other after what appears to be a one-night stand. (That isn’t the scandalous part in this famously liberal society.)

“The two are pictured lingering in bed, on their smart phones, checking out a genealogical website called Íslendingabók. Their smiles freeze when they find out they are related. Closely.

“While other nations might find the commercial funny — mainly for its ‘as if’ value — Icelanders can relate on levels unimaginable in larger countries. The commercial works here because, in this isolated island country of 300,000 people, these situations actually happen. Regularly….”

(note: comments do not require an email. good times in iceland!)

The Taíno are extinct – dienekes asks, “How timorous has the modern scientific culture become…?” heh.

Conservatives ARE more squeamish than liberals: Study finds right-wingers are more easily disgusted – “[P]eople like to imagine their political views are rational, rather than physical. But they [the researchers] pointed out that it’s far more likely that the disgust response could influence a person’s politics than the other way round.”

Bringing reproductive maturity into line with the age of marriage – @evoandproud.

Childhood poverty leaves its mark on adult genetics – “Genes can be reset during early life in profoundly different ways depending on whether children grow up in privileged or deprived households, a landmark study has shown.”

since it is saturday night … an excerpt from an essay by william hamilton in “The Natural History of Inbreeding and Outbreeding” (it’s like they wrote it just for me!) [pg. 430]:

“The button beetle [Coccotrypes dactyliperda] is even more of an inbreeder. It not only rests its system on a firm foundation of brother-sister incest, like the ant, but continues to other crimes, at least in the case in which a female happens not to have been fertilized by her brother. On reaching a button of vegetable ivory (made from the seeds of the palm Phytelephas) or, probably more commonly in nature, a date stone, such a virgin first excavates a chamber and then, inside, uses parthenogenesis to produce a brood of four or five males. After a wait for the first male to mature she mates with him, eats him except for the hard thorax and head, eats the other sons similarly, and finally proceeds to further enlargement of the chamber and the laying of eggs for her main brood. This consists of about seventy females sired by the first son and about three more males (Buchner 1961). We see at once that small virgin colonizing arthropods such as Pharaoh’s ant and the button beetle are much more keen to start breeding somehow, come what may, than are horned scarabs or female academics at the opposite extreme of K-selection….”

(note: comments do not require an email. C. dactyliperda.)