the walled family compounds of kandahar…

…vs. the invisible boundaries of levittown… 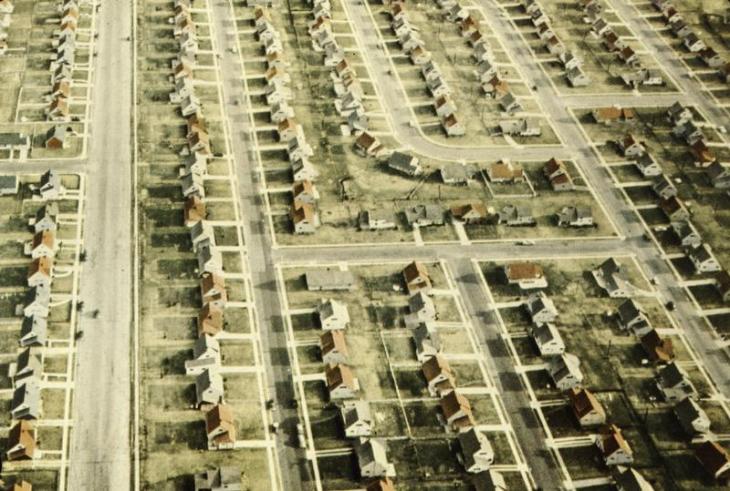 (note: comments do not require an email. alex.) 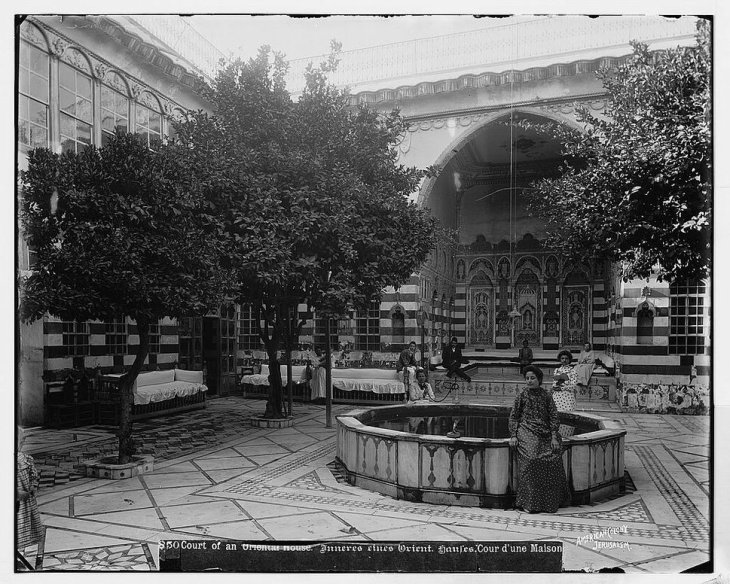 “Above, Damascenes relax in this pristine example of an Ottoman courtyard-style home around the turn of the 20th century. Although it was likely built much later, the building’s architecture hearkens back to a more glorious medieval Islamic era. The black and white horizontal stripes on the far wall are typical of the 14th-century Mamluk period, and the rear mosaics inside the domed alcove are intended to mimic the Abbasid palatial style of the eighth and ninth centuries.

“In the modern era, courtyard homes are gradually disappearing from Damascus — a result of rapid population growth crowding out available land and declining economic prospects.”

(note: comments do not require an email. there’s no place like home. woof!)

changing gears for a sec (kinda): peoples who inbreed regularly build different types of houses than people who do not (or maybe that should be the other way around). particularly — or maybe mostly — those that live in urban areas.

if you’re a bedouin and your whole clan lives in tents and travels together and marries one another, the following prolly doesn’t apply since you don’t normally encounter other, unrelated people on a daily basis, so there’s no need to wall yourself in. however, if you and your clan are inbreeders and you live in a place where you’re likely to encounter unrelated people quite often, your response will prolly be to build…

the point of the courtyard house — well, there are many reasons to build a courtyard house, but the main point anyway — is to keep out unrelated folks. you don’t even want them looking in to your domain in any way. no front yard. no backyard — definitely not one that is barely separated from your neighbor’s backyard! — your neighbor with whom you share hardly any genetic ties whatsoever! and, like the wikipedia description says, maybe not even any outside windows. if you’ve ever been to the greek isles, you know what they’re talking about. in islamic countries, part of the point of the courtyard house is so that women may observe purdah.

here’s a model of a chinese siheyuan (courtyard house): 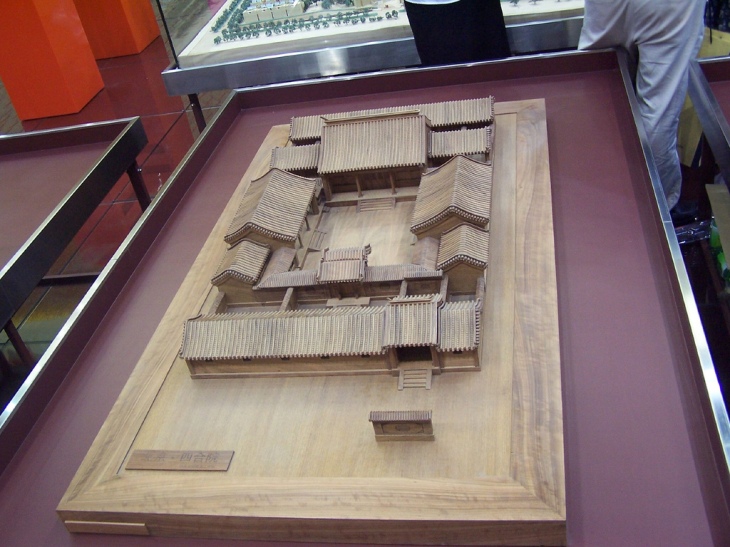 and here’s the sort of thing that will greet you in the front (this is from a rather wealthy home, according to wikipedia):

here’s a machiya house in japan (kyoto) — the front as passersby would encounter it:

and the family’s courtyard:

here’s the front entranceway to a courtyard house in india:

interior of traditional courtyard house in iran (it was under renovation, apparently): 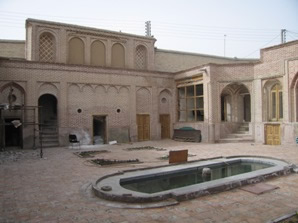 and one in morocco (this one’s a vacation rental, so next time you’re in marrakesh…!):

these are all really different from, say, a typical swiss village where all the houses have large windows — and barely any boundaries separating them from neighboring houses at all!:

courtyard houses are also very different from traditional houses found in english villages which typically are oriented toward a common village green:

and they’re very unlike these houses which, again, have large windows, are oriented out towards the street, and have no boudaries between the front lawns (there might be fences between the backyards — and maybe a particularly tall one or two depending on how the neighbors get along (~_^) ): 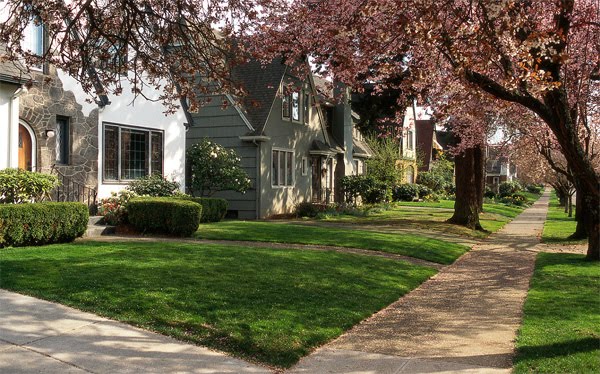 the ultimate in insular clan housing, tho, must be the hakka walled villages of southern china. entire clans — hundreds of families — could literally hole up in one of these! again, there’s a central courtyard with apartments around the perimeter for all the nuclear families that made up the clan — and not many windows facing outwards — maybe only a few high up:

the interior of one:

further reading (one of these days i might even read these myself!): Courtyard housing: past, present and future and Riyadh’s Vanishing Courtyard Houses. for more on the chinese siheyuan, see here.