anonymous has been under the false impression that i think that all balkan peoples are exactly the same. of course, nothing could be further from the truth (i’m hbd chick, after all! — emphasis on the “D” in this instance), which i’ve explained to him (her?) here. also, to date i’ve written a couple of posts on the greeks (here and here) and one on albanians. if i thought all balkan populations were the same, i wouldn’t have bothered to do that, would i?

anyway — what i do think is that there are, indeed, some underlying behavioral tendencies which all of the balkan populations share — tendencies towards clannishness and, in some cases, even a more extreme tribalism. after all, it’s not a coincidence that the word we use for balkanization is BALKANization. but there is variation in the balkan populations: from the apparently very clannish mountain dwelling albanians to the less-so-but-still-rather clannish greeks. the serbs fall in here somewhere as well, a good portion of them closer to the greeks in behavior, but some of them more like the mountain albanians, which i’ll get to below.

first of all, what am i talking about here when i refer to clannish behaviors? what i mean is that some human populations here on planet earth (a majority, in fact, i think) are so family-oriented — extended family-oriented, often to the point of actually living in clan or tribal groups — that they fail, to some degree or another, at contributing voluntarily to a successful commonweal (to use m.g.’s phrasing!). clannish groups, to some degree or another, don’t manage liberal democracy, the avoidance of corruption, to have very civic societies, or to peacefully coexist with neighboring clans/tribes. i don’t think that other behaviors — like creating great art or science or building a large civilization — are, necessarily, hindered by clannishness. the chinese/han chinese, for instance, appear to have been marrying cousins/been clannish for a couple thousand years and it didn’t get (too much) in their way.

i also happen to think (theorize) that you get (different degrees of) clannishness by long-term inbreeding (regularly marrying first or second cousins) and/or long-term endogamous mating (regularly marrying something like third to fifth cousins); but even if that is not correct (which is, of course, entirely possible!), it is still very clear that clannish societies don’t do well in the areas mentioned above (not that liberal democracy, a lack of corruption, civicness or peaceful coexistence are necessary in life — just that, if, for whatever reasons, achieving one or more of those is your goal in life, being clannish ain’t gonna get you there!). 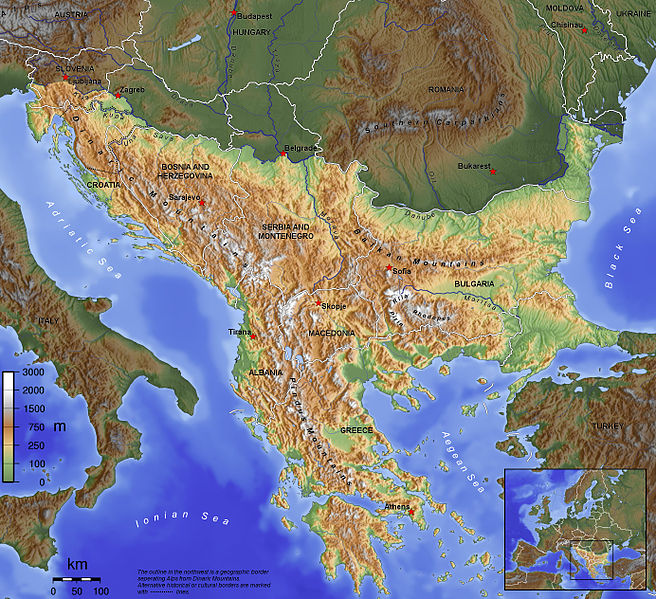 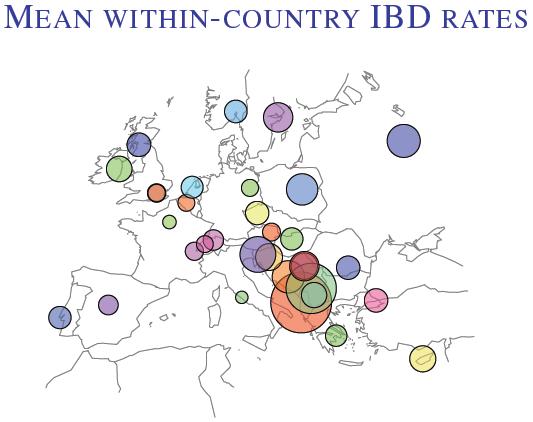 so what about the serbs?

well, most (all?) serbs, of course, are christians, and have been since sometime around the seventh-ninth centuries — so right there we can safely guess that they’ve been at the receiving end of some sort of cousin marriage ban/s down through the centuries since that point. the conversion of serbs to christianity happened later than populations further west in europe, so they probably haven’t been subjected to the cousin bans for as long as, say, the english or the french.

a long time ago in a galaxy far, far away, i wrote an introductory post on mating patterns in medieval eastern europe. here’s what i had found out about the serbs:

“levin also points out that the serbs seemed to, overall, have more regulations about cousin marriage than either the russians or bulgarians. the serbian church had heavy penances for even second cousin marriage, so perhaps the serbs have been outbreeding for longer than the russians.”

why the serbs were more focused on eliminating cousin marriage than the russians or bulgarians, i don’t know. but it’s interesting. the other question, of course, is how well were these regulations enforced? at this point i don’t know — and it may be difficult to find out — but going forward i will be keeping an eye out for any info on that. i think, though, that it’s safe to guess that, at least compared to most other balkan/eastern european populations, with the likely exception of the greeks, the serbs might have a relatively long history (800-1000 years?) of some amount of outbreeding (at least avoidance of first and second cousin marriage).

so how do the serbs fare when it comes to liberal democracy, corruption, civicness and inter-clan fighting? well, the serbs aren’t included in the woodley & bell paper on consanguinity and democracy, so i’ll have to skip that one.

corruption? not so good. serbia ranks #86 on transparency international’s corruption perceptions index. that’s far below the u.k. @16 or the u.s. @24. better than albania, though, which came in @95. but worse than greece @80.

civicness? not so good either. at or below the eastern european average on all the civicness questions — mostly below — and the east european averages are well below the averages for the anglo world. better than russia or bulgaria for many of the questions, though. (interestingly, stronger in church/religious org. and sports than labor unions.):

and how about inter-clan fighting or blood feuds (which are so popular in albania and were even in parts of greece)? well, it’s complicated.

some serbs — those in montenegro — along with the montenegrins and albanians there — did seem to practice krvna osveta or vendetta from the medieval period into the nineteenth century, but not (so much?) the serbs in serbia. the serb population in montenegro was comprised of clans and they fought with other clans, both fellow serbs and clans from other ethnic groups.

…”serbia” has moved around quite a bit over the centuries, but it has been more-or-less centered around where serbia is today:

as you can see, large areas of “serbia” — to the north — have often been located on the pannonian plain. those serbs who were a part of the kingdom of hungary definitely were flatlanders. perhaps this is why the serbians, historically, have been inclined towards outbreeding — a lot of them have been living in the lowlands. and, perhaps, the stringent regulations against cousin marriage issued by the medieval serbian orthodox church were directed mostly to the mountain dwelling serbs. dunno. but, certainly, that montenegro seems to be almost entirely covered in mountains (MONTEnegro), once again might fit the pattern of uplanders inbreeding and lowlanders not-so-much (montenegro serbians being more clannish, thus prolly inbreeding? serbian serbians not so clannish, thus prolly outbreeding more?).

serbians in serbia might not engage in vendetta today — or even in their recent past — but they do have some tendencies in that direction, like the royal blood feud between the houses of karađorđević and obrenović. the karađorđević-obrenović feud was something like what the plantagenets would’ve gotten up to, only in the nineteenth century rather than the fifteenth.

also, from that font of all knowledge, wikipedia:

“Another related feature, often lamented by Serbs themselves, is disunity and discord; as Slobodan Naumović puts it, ‘Disunity and discord have acquired in the Serbian popular imaginary a notorious, quasi-demiurgic status. They are often perceived as being the chief malefactors in Serbian history, causing political or military defeats, and threatening to tear Serbian society completely apart.’ That disunity is often quoted as the source of Serbian historic tragedies, from the Battle of Kosovo in 1389 to Yugoslav wars in 1990s. Even the contemporary notion of ‘two Serbias’ — one supposedly national, liberal and Eurocentric, and the other conservative, nationalist and Euroskeptic — seems to be the extension of the said discord. Popular proverbs ‘two Serbs, three political parties’ and ‘God save us from Serbs that may unite!’, and even the unofficial Serbian motto ‘only unity saves Serbs’ (Samo sloga Srbina spasava) illustrate the national frustration with the inability to unite over important issues.”

previously: mating patterns in medieval eastern europe and balkan endogamy and more on albanians and ελλάδα and more on greece and this one’s for g.w. and the flatlanders vs. the mountain people

(note: comments do not require an email. my favorite serbian thing!)