it looks like this (sorry, i’ve only got the lower 48 here): 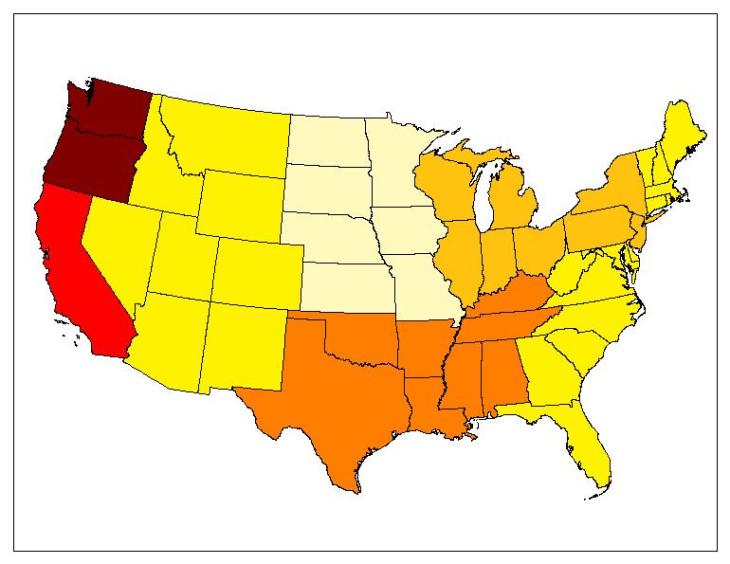 heh. i’m going to enjoy this all weekend. the pacific northwest — where all those sanctimonious swpls live up there in portland and seattle — they are the LEAST civic people in the nation. heh!

mind you, the numbers for each of the regions are not all that different. americans are generally pretty civic-minded. here are the averages for all of the civic behaviors considered (listed separately below):

the data are taken from the world values survey 1999. i used the 1999 survey because it’s possible to break down the results by regions for that year. civicness, once again, is determined by membership or activity in various volunteer organizations. in other waves of the survey, the data is broken down by active and inactive membership; unfortunately, for 1999, it’s only broken down into member or non-member. so, all the figures you see here are the percentages of respondents who answered that they were, indeed, a member of such-and-such a volunteer group (including the elusive “other”). i used the same 1999 wave for my germany/poland post if you want to compare and contrast.

here are all the results for different volunteer group types broken down by u.s. region. the pacific northwest is only above the national average in three instances: professional group, labor union, and third world development/human rights. the first two are decidedly self-centered; the last one is, let’s face it, pretty trendy. most of the time, washington state and oregon are at the bottom of the list along with california. they’re even at the bottom of the political parties/groups category. waaaay at the bottom! 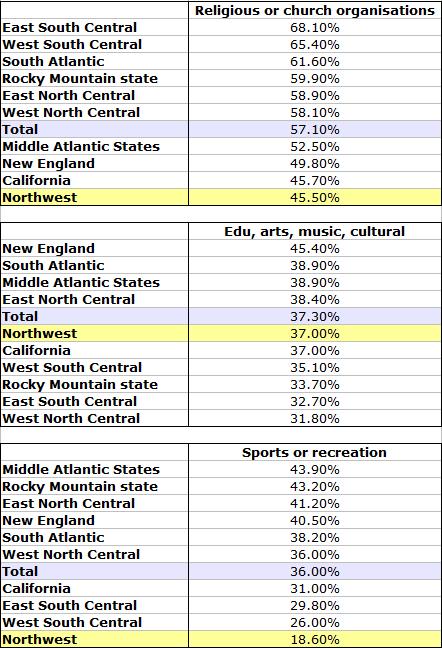 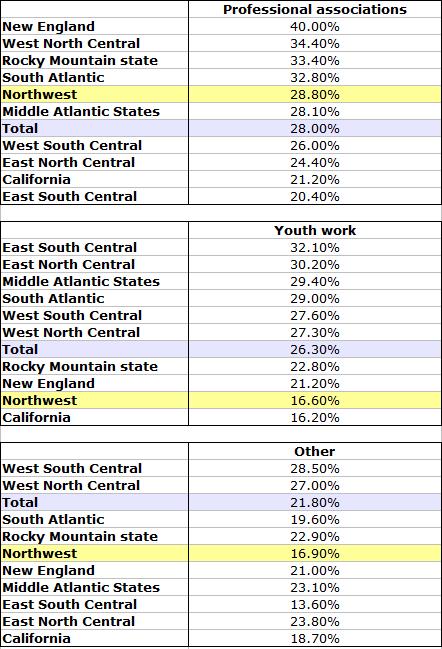 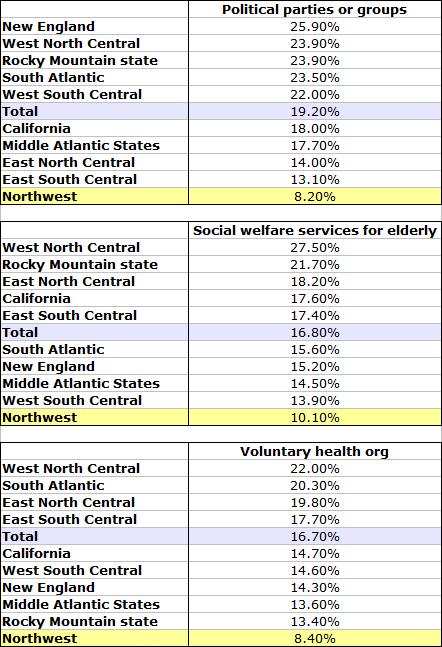 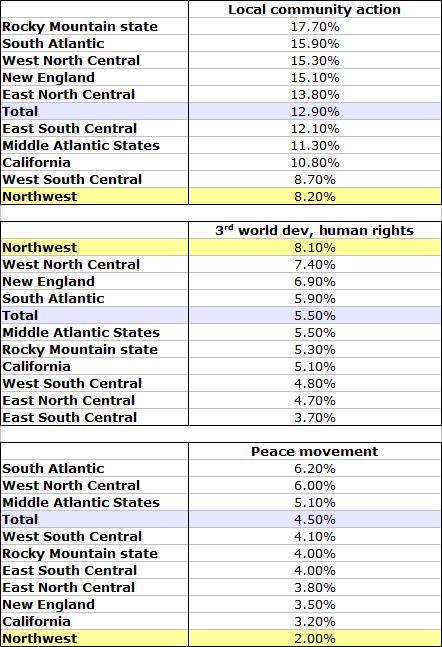 (note: comments do not require an email. penguin alert!)