dennis links to roissy who links to barking up the wrong tree who posts about a study which purportedly shows that human mate selection is more about “market conditions” than assortative mating.

possibly. but the researchers haven’t shown that in this particular study because the people they studied (speed daters) WERE ALREADY SELF-SORTED. see here: 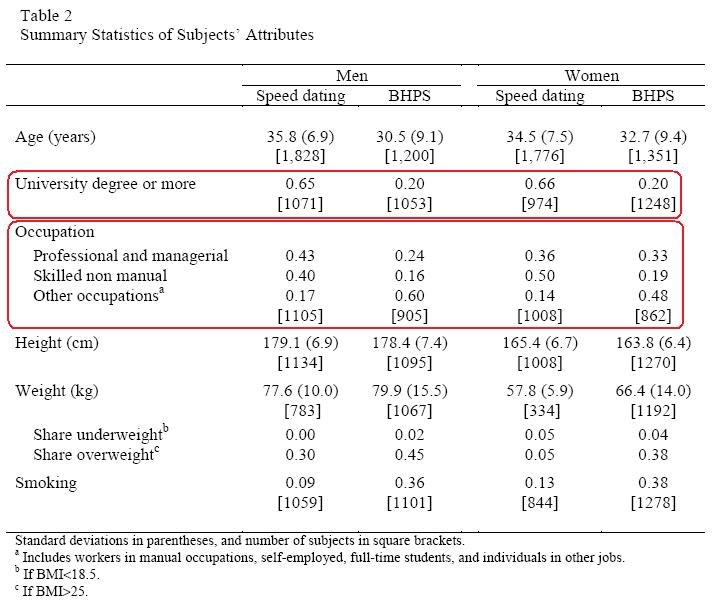 65%+ of them were college graduates versus 20% of the population at large (“bhps” — british household panel survey — column). 83% of the men were in skilled or professional jobs while 86% of the women were — compared to 40% and 52% of the general population respectively.

yup. these people didn’t have to worry about finding a “like” partner out of this sub-group of the population ’cause they were all already pretty alike. they could just pick the nearest warm body to mate with ’cause they had already self-sorted.

(note: comments do not require an email. no b.s., puuh-leeese.)